Once completed, this $32 million investment will result in a new 161,000 square foot building and will bring 100 new jobs to our area. This site will be the only galvanizing operation between DFW and San Antonio and will have the largest galvanizing dip bed in the world. 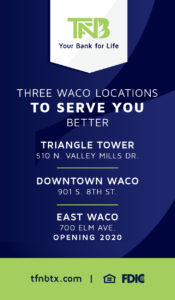