Featured in the second quarter edition of the Greater Waco Business Magazine.

Do you have great news about your member business? We want to share it! Send your member news to Autumn Outlaw.

After returning home from war in 1963, Samuel Castillo Sr. opened La Fiesta Restaurant & Cantina with only $700. Fifty-five years later, the third and fourth generation owners, Sam Castillo Jr. and his daughter Lynsey, continue the La Fiesta tradition of serving real authentic Tex-Mex food. Without the customers and the longtime support of Waco, La Fiesta believes they would not be a part of such a rich history.

2018 marks the 55th anniversary of La Fiesta Restaurant & Cantina in Waco and they are inviting all of Waco to celebrate with them. Dine in for lunch between 11 a.m. and 3 p.m. and get 55-cent iced tea with your meal, topped off with free dessert, because every anniversary lunch should end in something sweet!

Also celebrate La Fiesta’s 55th anniversary by participating in the La Fiesta photo contest. Send your favorite La Fiesta memories (new or old) to photomemories@lafiesta.com for the chance to win great prizes. Tag your photos with the hashtag #LaFaLove on social media. 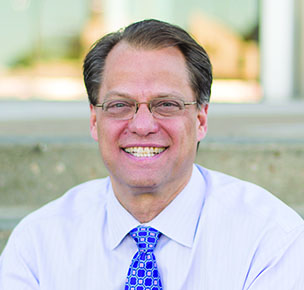 Doug Dwyer will join nearly four dozen franchising experts on the Advisory Board of the Titus Center for Franchising, a Presidential Center of Excellence at Palm Beach Atlantic University in West Palm Beach, Florida.

The Titus Center offers coursework leading to a bachelor’s degree in business with a concentration in franchising. The only academic center of its kind in Florida, the Titus Center facilitates internships, job shadowing and training at area franchises.

During their two-year terms, Advisory Board members will attend steering meetings, evaluate Titus Center programming, speak to undergraduate students, and advocate for the program. They will also have the opportunity to participate in Titus Center Mastermind events dedicated to collecting knowledge and solving business challenges.

Bird-Kultgen Ford is proud to announce the hiring of Mark Stewart as a member of their management team. Stewart comes to Bird-Kultgen with 19 years of dealership experience in sales, finance and insurance, advertising and dealership management. Stewart is a fourth-generation Wacoan and a graduate of Midway High School. He attended Baylor University, graduating with a BBA in Finance degree in 1999.

On April 27, the Waco ISD Athletic Department held a ribbon-cutting ceremony in celebration of the new infield turf on Veterans Field #1. This makes Waco ISD one of just a few Central Texas schools to have a turf baseball field, specifically, a Matrix synthetic turf system.

Baseball players from both Waco High School and University High School, along with WISD administration, were in attendance as superintendent Dr. A. Marcus Nelson cut the ribbon on the new all-weather infield before the final regular season game. 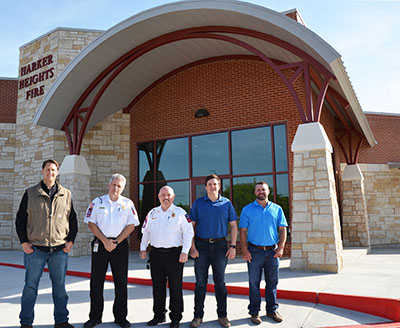 Hill & Wilkinson General Contractors recently announced it has completed construction on a $4 million, 22,000-square-foot renovation of the Harker Heights Central Fire Station, located at 401 Indian Trail. The Central Fire Station, originally constructed in 1985, has a new front entrance on the south side of the building, additional office and storage space, a new training room that will also be used as the Emergency Operation Center (EOC) and an expanded kitchen and dining area. A fitness center was also added for firefighters and all city employees.

“I have been directly involved in a number of construction projects valued at hundreds of thousands to multi-millions,” shares Paul D. Sims, City of Harker Heights Fire Chief. “I know it pays to have a team like Hill & Wilkinson that can provide ongoing direction and insight as the process moves along.”

With 50 years in the construction business and 10 years serving Austin, Texas and the surrounding areas, Hill & Wilkinson (www.hill-wilkinson.com) consistently ranks among the top 400 contractors in the U.S., according to Engineering News-Record. The firm, known for its culture, has been named a Best Place to Work by the Dallas Business Journal and Austin Business Journal in multiple years. Hill & Wilkinson is a diversified general contractor overseeing all facets of ground-up and renovation construction and is headquartered in Richardson, Texas with an additional office in Austin, Texas.