5G Comes to Waco: AT&T Rolling Out 5G Network in Over 100 Markets Nationwide

AT&T is aiming to be the first U.S. carrier to launch standards-based, mobile 5G services to customers this year. It recently announced Waco as one of the first cities where it will launch 5G by the end of this year. But Waco residents won’t have to wait until 5G gets here to start experiencing faster wireless speeds. 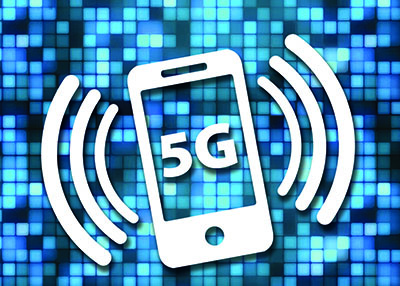 AT&T launched the 5G Evolution network in parts of Waco just a few weeks ago. Our 5G Evolution network has a peak theoretical speed of at least 400 Mbps (megabits per second) and it lays the foundation for 5G by enabling faster speeds now, and preparing for upgrades to 5G when it’s here. The investment in the future of connectivity in Waco is bringing real benefits to real customers today.

What will mobile 5G mean for Waco?
AT&T anticipates 5G will eventually deliver data much faster than the current LTE network. Customers may also see much lower latency with 5G. Latency impacts things like the time between pressing play and seeing a video start to stream or hitting a web link and seeing a webpage begin to load. For context, MIT researchers discovered the human brain “latency” is 13 milliseconds.

5G could ultimately help change the way Waco residents work, play and enjoy entertainment at home or on the go. It will accelerate the delivery of entertainment at home and on the go, and many more consumer and business experiences. It will enable new experiences like virtual reality, telemedicine, self-driving cars, robotics, smart cities and more.

One of the coolest entertainment opportunities with tomorrow’s 5G could be augmented reality and virtual reality, often called AR/VR. Users need the kind of ultra-low latency rates 5G is expected to eventually provide to really enjoy these technologies. 5G could also enhance future self-driving cars using live maps for near real-time navigation. Ultra-low latency – anticipated to be delivered by 5G – will be an essential part of making live maps effective.

A hospital could respond faster to changes in patients’ vital signs with edge computing inside and outside the hospital. Doctors could employ telemedicine and robotics-assisted surgery because of 5G’s latency benefits. Or, think of a manufacturer that operates fast-moving machinery. 5G can allow them to identify and fix mechanical failures in record time. The capabilities of 5G could save time and money by helping to identify machine defects sooner.

AT&T thinks the 5G opportunities will be endless – whether you’re a mobile consumer, small- and medium-sized business owner, or large enterprise in Waco.
AT&T expects 5G will also help manage the surge in mobile data usage on their network. Since the end of 2011, data traffic crossing the network on an average business day has increased from 30 petabytes to now more than 206 petabytes. It was 114 petabytes a day as recently as 2015. In fact, data traffic on the mobile network has grown more than 360,000 percent since 2007.

AT&T 5G Trials in Waco
Waco has also been a city where AT&T has been conducting its 5G trials, most notably at Magnolia Market at the Silos. Here are some key findings AT&T learned about 5G fixed wireless during its Waco trial:
• Observed wireless speeds of approximately 1.2 Gbps in a 400 MHz channel.
• Observed RAN latency rates at 9-12 milliseconds.
• Supported hundreds of simultaneous users on a network that was using a 5G data connection.

5G is getting closer to reality and we’re excited to see how people and businesses in Waco will use this ground-breaking technology starting later this year.

featuring articles all about advanced manufacturing in Waco, new