The Greater Waco Chamber hosted its 10th Annual InterCity Leadership Visit to Cincinnati USA in September. The purpose of these visits is to expose Greater Waco leaders to innovative communities and economic development ideas, programs, initiatives and best practices which may be adopted and implemented in the Greater Waco area, and to engage in high-level networking among community leaders.

As with all of our InterCity Leadership Visits, the trip to this economic, progressive, re-invented city provided the 29 participants with an opportunity to learn from Cincinnati leaders. Attendees explored some of the city’s most innovative and unique assets.

You may ask, “What’s new in Cincinnati?” These days, it’s more like what’s not new! Cincinnati USA is experiencing an exciting renaissance. There is a convergence of new developments, projects and convention wins taking shape that collectively make Cincinnati one of the most progressive, game-changing cities in the region.

Cincinnati experienced a similar boom in 2003, when the Reds and Bengals Stadiums, the National Underground Railroad, Duke Energy Center and the Freedom Square emerged on the banks of the Ohio River. However, this latest surge of activity is far more exciting. The Waco group was able to see and learn about these new innovative transformations that are changing the Cincinnati landscape.

Cincinnati has received notable accolades in recent years, which include being named “One of the 100 Best Cities to Live,” by USA Today; “Best Cities for Young People,” in 2017 by Forbes; and “2016 HOTBED for Entrepreneurial Growth,” by Forbes. 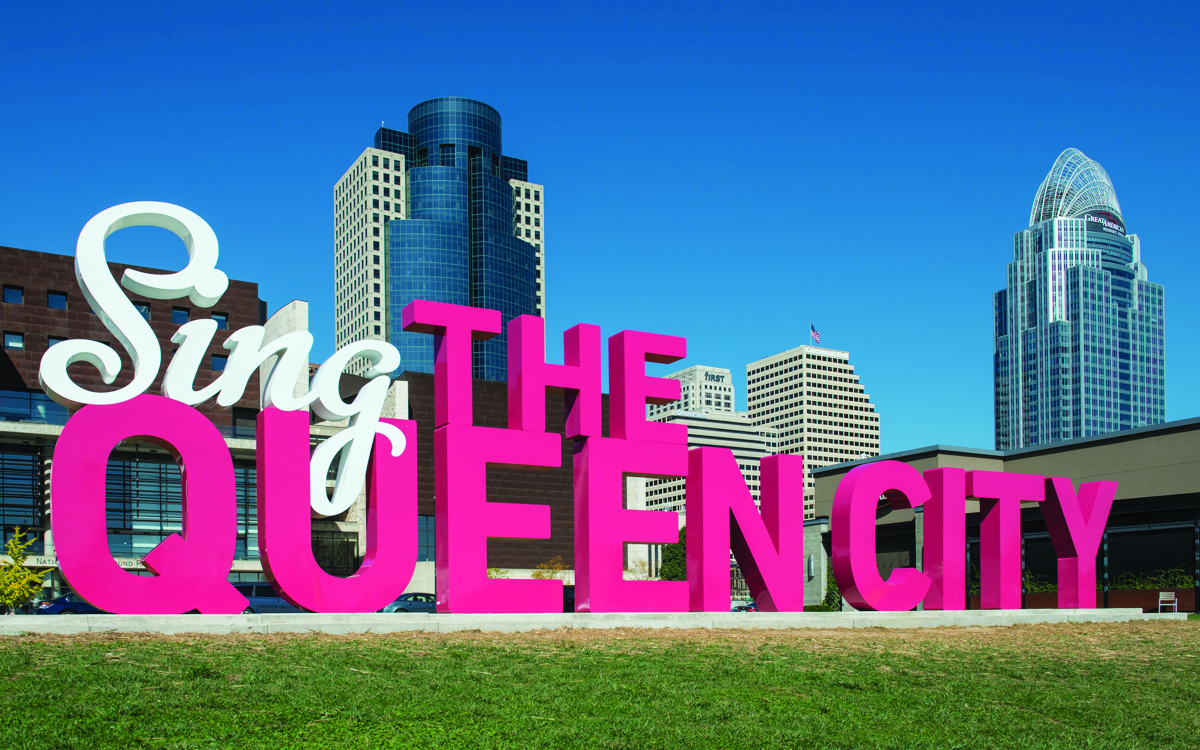 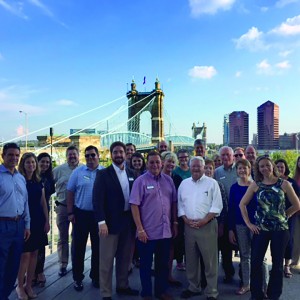 As new construction and project growth continues throughout Greater Waco, particularly in downtown and the Brazos Riverfront, the visit to Cincinnati built confidence with community leaders. It demonstrated that Greater Waco is focused on growing our economy, promoting quality of life and building the workforce.

The primary focuses of the trip were Cincinnati’s vibrant riverfront developments, revitalized and re-invented downtown neighborhoods and economic and entrepreneurial development.

The Waco delegation met with leaders from the Cincinnati Chamber, the mayor, the Regional Economic Development Corporation and members of the creative community.

The group toured the new riverfront development “The Banks” and the re-invented “Over the Rhine” downtown neighborhood development. They met with leaders about talent initiatives and the entrepreneurial ecosystem that flourishes in Cincinnati, with many co-working spaces, incubators and accelerators within StartupCincy. The Queen City was one of five metros that experienced the most significant positive shifts in rank from 2015 to 2016, according to the Kauffman Index of Entrepreneurship, the first and largest index tracking entrepreneurship across the city, state and national levels.

Just over five years ago, downtown neighborhood “Over the Rhine” had been the site of civil unrest and in 2001 was named one of the most dangerous areas in the United States. Its transformation happened overnight, turning a dangerous, rundown neighborhood into something that looks like Greenwich Village. Leaning on the power of local corporations, officials formed a non-profit called 3CDC to engineer a renaissance in the heart of the city.

The InterCity Leadership Visits are designed to expose Waco leaders to innovative ideas, programs and best practices across the country, and our visit to Cincinnati did just that in many ways.

Greater Waco is on a hot streak and is building the confidence, resulting in new local investments. The energy is creating momentum as people from outside the marketplace recognize Waco as an excellent opportunity and a great city.